I got back from Iowa late Monday night and Lianne left on Tuesday. I survived Tuesday and Wednesday at school, and made it to the weekend. There was a pile of work waiting for me when I got back to school, which I have used this weekend to almost catch up on.

We went to a little salsa party on Thursday evening, mostly to see our friends who we haven't seen since we stopped going to classes before Aysha was born. We did a couple dances but spent most of our time standing aound being proud parents and watching everyone coo over the baby. Aysha was content to be held by lots of different people even with the music and party sounds (The party sounds were kept to a baby-friendly level until after we left).

Last night we watched Garden State, which was fine. It was written and directed by its young star. It was recommended in the same vein as The Station Agent. Even though I didn't think it was as good, it still was a very watchable movie.

Here are a couple more photos for the family. They are from Lianne's visit. 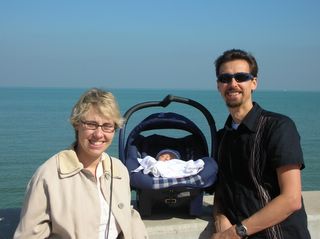 Family by the gulf 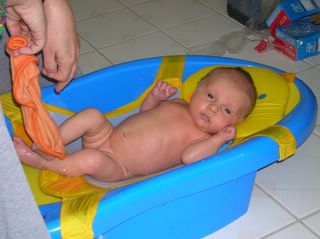