A Cliche and a half

I was going to start this with the title "Long time, no blog". However seeing as 22,524 people have already used my clever twist on an old saying, I won't.

We're back in Colombia and tomorrow we start our first full week back at school. We had students for three days last week.

Over the summer, we were too busy going to weddings, a folk festival, and visiting family to keep up with our blogging responsibilities. Here are a few photos of the summer: 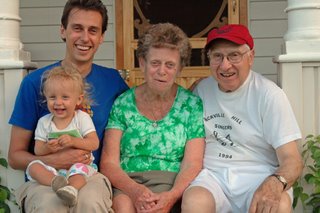 Aysha and two of her great- grand- parents 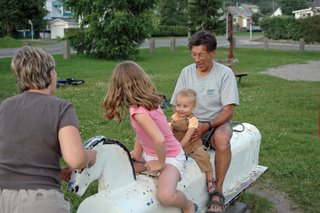 Aysha at the park with Grandpa and Jenna 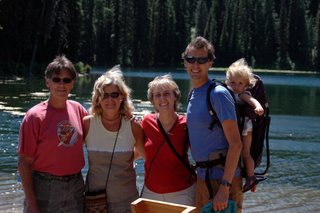 On a hike at Island Lake Lodge 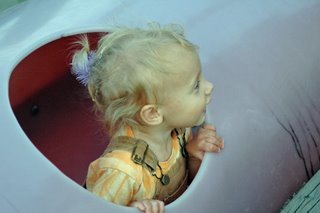 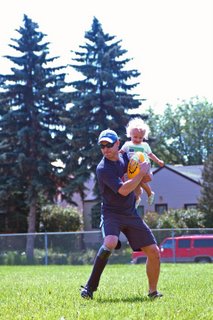 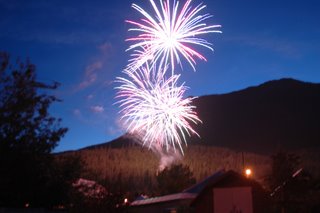 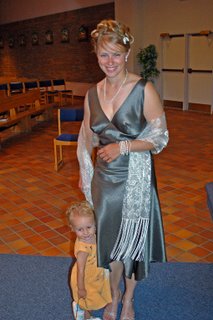 Aysha and Auntie Lianne at the wedding. 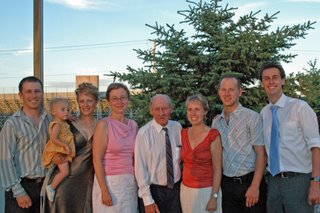 We had a difficult trip back to Colombia. Our 6am flight to Toronto (that we got up at 3:30 to catch) was cancelled. After an hour of exploring, the agent managed to find us an alternate route through Houston that would get us to Cartagena on time. Once in Houston, we had a couple hours to kill before the airline, Continental, hit us up for $40 each for airport taxes that we hadn't paid with our original ticket. In the end they let us go without paying the taxes. But we did get stuck in the very back row where the seats don't recline for the five hour flight.

When we got to Bogota, we arrived late and were immediately told that we would miss our connection - that last flight to Cartagena that day. When we got down to the Avianca desk, they told us that since it was a long weekend, all the flights were full until Sunday (2 days later).

Air Canada was our saviour, although a slow one. It took them more than two hours to work it all out, but they got us on a flight on Saturday and put us up in a hotel until then. It was 1am by the time we got to the hotel. Whew!

The day we had in Bogota was a blessing is disguise - although we missed a day of work when we could have begun getting our plans together, we were forced to take a day to do nothing and relax.

Friday we did make time to go up to Monserrate, a church perched on top of one of the mountains that surround Bogota. Here are a couple shots from there. 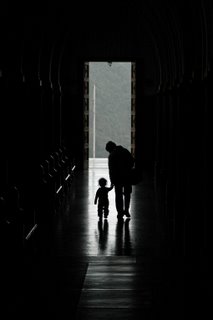 Karla and Aysha in the chapel 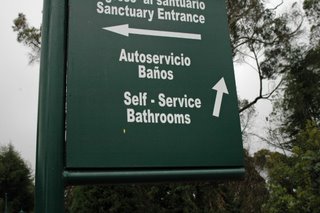 I had no idea they came in any other variety!

On Saturday, we did get back to Cartagena and had some time to unpack and settle in. Aysha was excited to be back home and ran around for the first day rediscovering all the stuff she had almost forgotten about.

Aysha saved her protest about having to sleep alone in her room until the night before the students arrived when she cried from 11:30 until 3:00. We did try the usual calming technique of going in and sitting beside her, but she just didn't want to be in her crib. In the end, we left her to cry. After a little while we heard the familiar rattle of chupo, her soother, falling on the floor. We got it for her a couple times. Then as soon as Karla got back into bed from another retrieval trip, we heard rattle and "“Uh-oh". The little devil had figured out a way that she could make us come in to see her. After that, it stayed on the floor. By morning, her pillow, baby and blanket had also made it to the floor.

The next night, the crying lasted about 30 minutes. It only lasted 5 minutes the night after that. Now she's slept through the night twice.

Aysha was happy to see her friends again. Claudina and her granddaughter, Maria Claudia, have been welcome visitors, as has Julian, the son of other teachers. Aysha hasn't been as warm towards the other teachers - I guess we know who's really important to little Miss Playtime.

Aysha went for a playdate tonight with Julian while I did a bit of treadmilling and found time to finish off this post. They're late getting back so I guess they are having fun over there.

There's lots more to say, but there's not enough time tonight to get it all down. There have been more visits to the website since we got back so I thought I had better put up something before you all give up.